The vaquita (Phocoena sinus) is a small porpoise (whales, dolphins, and porpoises are called cetaceans by scientists). It is one of only seven species of true porpoises, and is the only one that occurs in warm waters of the eastern Pacific Ocean. It is found in a tiny area in the extreme northern Gulf of California, in Baja California, Mexico. It is a unique species, with a body shape and color pattern unlike that of any other. It has a tall dorsal fin (for a porpoise) and a beautiful color pattern on the face, with dark eye rings and lip patches that look like an application of “goth” make-up. There is only one small population, and if the species goes extinct, it will be gone forever.

The vaquita occupies a very limited range in the northern Gulf of California (Sea of Cortez), just south of the mouth of the Colorado River. It can be found just a short drive from San Diego and Tijuana.

The vaquita has probably always been a rare species. But in the last few years, the small population has plummeted by up to 50% per year, as illegal gillnets set for fish and shrimp kill more porpoises than are born. The nearly-invisible gillnets trap vaquitas and they drown. The decline rate has accelerated in recent years, and the current population is estimated at 10-12 individuals. If prompt progress is not made, the vaquita will be extinct in a few short years. The very perilous situation of the vaquita has been recognized by the International Union for Conservation of Nature (IUCN), which lists it as Critically Endangered

Can the Vaquita be Saved?

We think so! Unlike some endangered species that have no place left to live in the wild, the vaquita’s home in the Gulf of California is clean and healthy. The only real problem is the gillnets that entangle and kill vaquitas there. If the fishing practices can be modified to be ‘vaquita-safe’ in the small area where they live, the species will likely recover. However, gillnets need to be eliminated in the species’ range.  With your help, we still have a small chance to save the vaquita!! 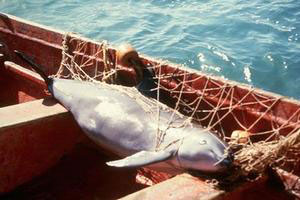 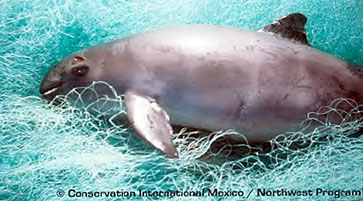 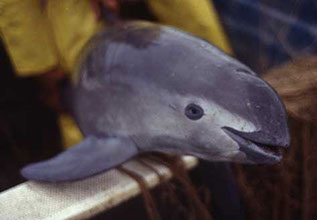